VISIONS OF THE BEAST 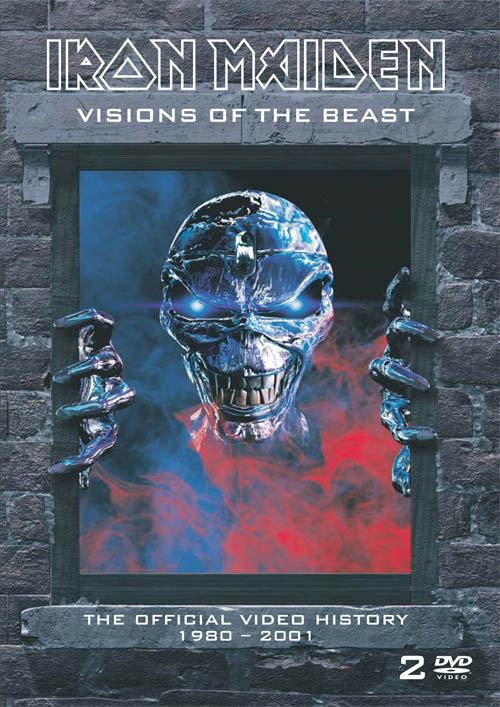 Released: 2 June 2003
This double-DVD set represents the ultimate collection of all Iron Maiden video clips from 1980 to 2001. All the videos that were released little by little over the years are gathered in these DVDs and any Maiden fan definitely needs them.
As it is usually the case, some hidden features can be found on the discs. The way to discover them is actually pretty simple. On the first disc, playing 3 times the sixth track (i.e., "The Trooper") – 666 – will lead you to an unreleased video of "Man On The Edge". On the second disc, playing twice the sixth track (i.e., "Hallowed Be Thy Name"), then once the fourth track (i.e., "Wasting Love") – 664 – will unveil an interesting Camp Chaos version of "The Trooper". You don't even have to watch the videos entirely, but simply press "next" to eventually go to the hidden bonus tracks. Likewise, playing 3 times "Hallowed Be Thy Name" on the second disc will lead you to the 666 door and you will hear Nicko saying "No! 664! The bloke next door!" before being taken to the right place.
DISC 1 (75 minutes)
1. Women In Uniform
2. Wrathchild
3. Run To The Hills
4. The Number Of The Beast
5. Flight Of Icarus
6. The Trooper
7. 2 Minutes To Midnight
8. Aces High
9. Wasted Years
10. Stranger In A Strange Land
11. Can I Play With Madness
12. The Evil That Men Do
13. The Clairvoyant
14. Infinite Dreams
15. Holy Smoke
16. Tailgunner


To access hidden easter egg track 20 on disc 2, play track 6 2 times and then track 4 to form 664, However playing track 6 3 times will also give access to hidden video, but with more funny passage.

It is interesting to note that the answer to this little riddle had been all along right before our eyes during the Give Me Ed... Tour! 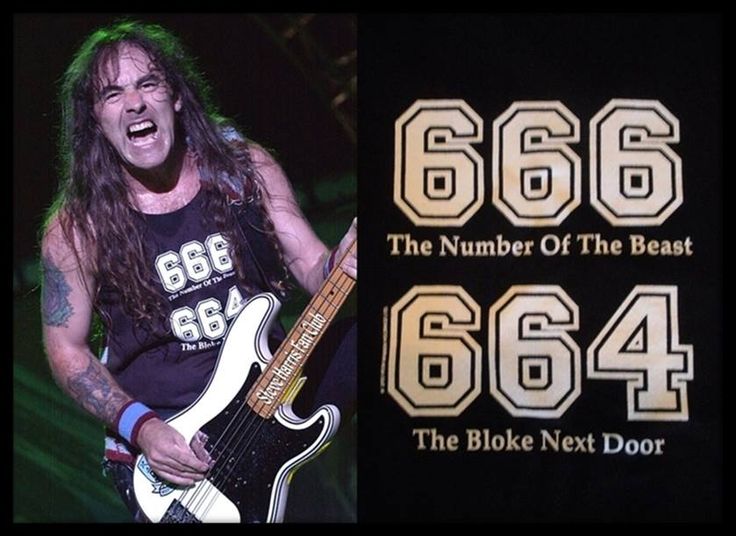 For the first time ever, here's the complete video history of every one of IRON MAIDEN's promotional clips from 1980 through to their headlining performance at Rock In Rio 2001.

Running for over 180 minutes, Visions Of The Beast documents the band's phenomenal career spanning over 30 hit singles and 50 million album sales.
Included in this two disc set is over 40 minutes of bonus material and hidden extras, including never before seen Camp Chaos animated versions of six classic tracks, interactive menus and discography, to make Visions Of The Beast the most concise and entertaining collection of defining moments from the inspirational and hugely influential Metal legends.