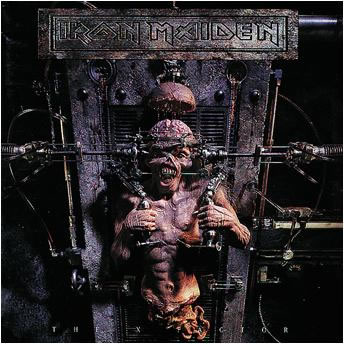 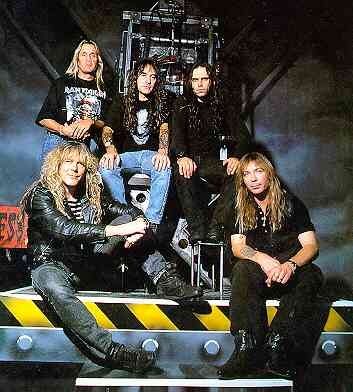 The X Factor was the beginning of a new era of Iron Maiden, with Blaze Bayley as frontman and vocalist. It also marks a rebirth of sorts, breathing new life and vitality into a band that was beginning to stagnate during the previous years with Dickinson . With the Heavy Metal genre virtually dead, mostly in the United States , The X Factor reaffirms Iron Maiden's ability to continue making their music without stooping to pander to popular and shallow trends.

The album is a refreshingly dark and introspective exploration of the psyche gone are the overly happy sounds that crippled the previous two albums. Most of the songs begin softly and slowly build with power and energy, perfectly creating a dark and brooding atmosphere. The mood is heightened by Blaze's lower vocal style, which complements the atmosphere of the album much better than Dickinson 's air-raid siren would have done.

This is an incredibly deep album, which takes time to sink in. As with most excellent albums, the more you'll listen to The X Factor, the more will resonate within you. For those who are attracted to depressing types of music, listening to The X Factor will give you a dose of irresistible melancholy power.

Like Fear Of The Dark, the X Factor album cover is not by Derek Riggs, but instead by Hugh Syme, who has made album covers for many other bands including Rush, Megadeth and Queensryche. The X Factor cover has abandoned Riggs's familiar comic-book style in favour of a much more life-like and macabre portrayal of the surgery which transformed Eddie into a lobotomised monster. This brings up my only complaint about the album the cover is a bit too graphic for my tastes, and I do not enjoy the portrayal of the obvious pain and torture of any living being. Even though I think I understand what the band was trying to portray, I still prefer Riggs's comic-book horror which was fascinating yet not quite as realistic. Because of potential marketing issues in various countries, The X Factor is also available with an alternate and less graphic cover which depicts from a distance Eddie in an electric chair.

Overall however, The X Factor is a dark and melancholy masterpiece which revitalised the band after the slow decline which reached rock-bottom with the departure of Dickinson . Despite the inevitable controversy among some fans who seem unable to accept change, The X Factor is in my opinion a triumph and one of Maiden's best albums.

Japan edition comes with a 2nd disc with the following bonus tracks:

Fun Fact: With Bruce Dickinson leaving the band during this time, the cover and artwork of the album symbolizes the death of the classic Iron Maiden, with Eddie sitting in an electric chair.

The artwork shown is actually a toned down version created after many British chain-stores threatened to boycott the album over the graphic nature of the original artwork. The CD booklet is reversible with the original artwork printed upside-down on the other side, so either version can be displayed.

Mastered at
Chop Em Out by Ronal Whelan

Special thanks:
Michael Kenney for Keyboards

Gregorian Chants on Sign of The Cross by The Xpresion Choir,

Steve Lazarus for Catering and G.R.