Man On The Edge (part II) 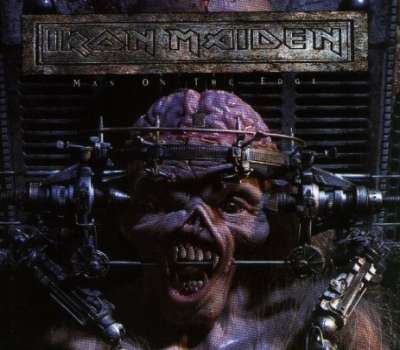 The Edge Of Darkness (Harris, Bayley, Gers)
В This is the same version as the one that appears on the X Factor album.

Justice Of The Peace (Murray, Harris)
'Justice Of The Peace' is another very good song which didn't make it on The X Factor. It laments the rise of crime in society and the failure of the judicial system to handle this crime. Interestingly, in Canada a "Justice of the Peace" is another name for a police officer. So perhaps this song is also a call for greater police protection of society.

This is the continuation of the interview with Blaze Bayley that was begun in Part I of the single. It seems to be dated relatively soon after the release of The X Factor.