'The Aftermath' is a song that questions the validity and necessity of war. The main verses are built around a very simple sequence of guitar chords, but the instrumental contains some great riffs and guitar solos. This song is not readily accessible, and many will not like it at first, but it will eventually grow on you once you fully realise its depth and power.

Although it deals with the psychological wounds endured by any soldier who fought in a war from the early 20th Century until now, the text mentions barbed wire and mustard gas, implying that we are faced here with a veteran of the First World War, even if this not as explicit as in 'Paschendale'. Mustard gas was only employed on a large scale during this conflict and the realisation of the horrifying wounds and deaths it caused probably prevented its further use in subsequent wars.

Quite interestingly, the famous British war poet Siegfried Sassoon wrote a poem called 'Aftermath', which also denounces the horrors of all-out war and the loss of innocence of those who went to war merely as boys, but who returned mentally wounded from the terrible battles of the Great War.

After the war, left feeling no one has won

After the war, what does a soldier become? 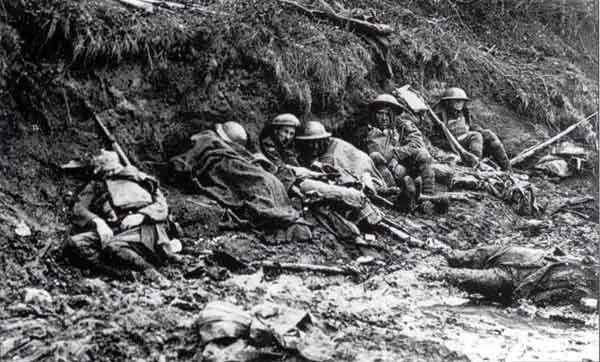